This World Quest week has really boosted my toons. Now when I caught some breath, the aftermath is huge.

Finally, almost every toon is now ready for running LFRs. I think I’m gonna be back on Pandaria/Draenor-style tracks: LFR becoming a focus of gameplay. Take the toon you feel like playing tonight, go queue with it, simple. What’s awesome, is that you have world quests and Suramar to do while waiting for raids.

As I told previously, with all the rewards I just don’t see raids as a gear-up source. Chests from emissaries and world quests themselves are much more rewarding for less effort – even if we talk about LFR! But I want to fill my mogging collection, so I run raids, and ilvl would come as a bonus.

Trials of Valor system is exactly what I’ve been talking about previously. You need to run few cooldowns of the raid, and you get a full set of mogging gear – it’s guaranteed. That’s an excellent system, and I wish it would be developed. You work to get your mogging, and it’s not a random drop, but you could get your gear somewhere else if you don’t feel like raiding.

Speaking of gear: I’ve performed world boss kills for every toon and for three weeks in a row. Gear drop rate by my stats is exactly 25%: I got 3 items for 12 toons every week. 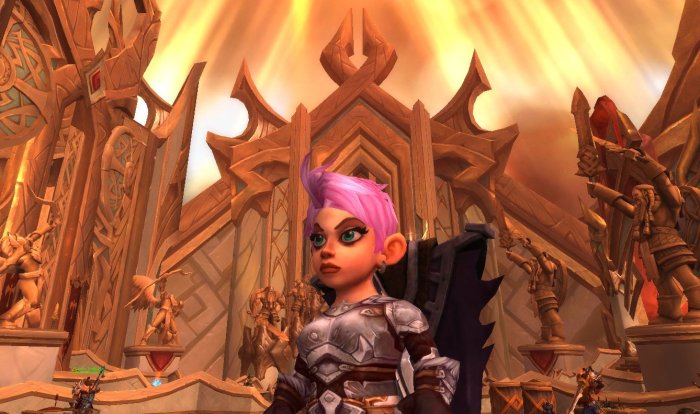 Bons is ready to tank Trials of Valor